From King of Glory to Shining Parent of the Kin-dom.

Home / Blog Posts / Ministry of Presence / From King of Glory to Shining Parent of the Kin-dom.

Metaphors that help explore the difference between human use of power, and God’s.

Of kings and kingdoms

‘Who is the king of glory?’

God is the king of glory. What does that mean?

King. In ancient times in which kingdoms were more prevalent – empires and monarchies abounded and impacted the day to day lives of everyday people – for Hebrew people and later the emerging Christian church to use king language for God and Jesus was in part a direct claim in opposition to unjust human kings. God as king is counter-cultural, a radical alternative to the ways of humans – who are not God. A point we seem to need God to reiterate through prophets again and again. God’s alternative way of love, God’s realm or kin-dom is a realm in contrast to human realms.

But the metaphor doesn’t serve us so well anymore. Kingly language aligns God with masculinity, since kings are men, and for many this is unsatisfactory. Kingly language has further faded in its effectiveness as language and imagery for a Divine king radically different to earthly kings, when many countries operate as republics, democracies, constitutional monarchies whose Queen is effectively no more than a figure-head.

Queen Elizabeth II is, as monarchs go, benign enough that to claim our God as queen in contrast to the head of our monarchy is so far from making any valid point as to not be worth it, if we want to present a confronting, liberating, radical alternative to the ways of the world – which is what the kingly language in this psalm, for example, seeks to do. We will return to God as ‘king’, or another metaphor, later.

What of glory, then?

I find I’m not always clear what the church is reaching for in our use of ‘glory’ today, because it’s become such short hand jargon that all meaning seems to have been drained from it.

Is it about what we give to God by way of our awe, or ‘love and honour’; our homage to God who is uniquely worthy?

With the phrases ‘to glorify,’ or ‘for the glory of God’ – I suppose we mean, in order to honour God, to bring honour to God, shining the spotlight, acknowledging God’s rightful place and nature as God – and by inference ours as not God. If I have a visual of ‘glory’ it is gold, glitter, fireworks, stars, bright lights. Beautiful, shiny, sparkle that makes me smile at God’s unique nature.

Glory can also be about a particular status, and we might see that in the use of ‘glory’ in sporting arenas. When players ‘go for glory’ – they are seeking to be held in the spotlight, heralded, acclaimed.

On the other hand, to say with disdain that someone is a glorified such and such is to deride them as being puffed up beyond their station, as claiming status to which they ought to have no claim.

Status is entwined with power, and as we can see on the cover of the liturgy, power is a complicated concept. Positive power of women to create community; harmful power experienced as force and domination. And this is where the point of contrast comes between God glorified and humans glorified; between the kingdom of God and the kingdoms of humans; between the God we herald and honour, and humans being or seeking to be heralded and honoured. The difference is God’s power and use of it, and human power and use of it. For God, it is entirely right and appropriate to ascribe glory, to honour, to praise. For humans, we can be affirmed in our dignity and worth as humans – indeed God does this from the beginning of creation to the death and resurrection of Christ and beyond.

Who will stand in God’s holy place?

But to be glorified is the province of God alone. God’s status, state of being in relation to all that lives, is unique. It is not ours. The psalmist asks, who will stand in God’s holy place, knowing we all know the answer is God alone. Nothing good happens when we claim glory for ourselves. Nothing good happens when we claim power for ourselves, rather than draw on the empowerment of God. As we see in today’s story from the gospel of Mark.

King Herod abuses his power to flick aside any laws or ethics that would prohibit the taking for his own wife the wife of his brother. Note, his brother is still living, for there would surely be no problem with Herod marrying his brother’s widow. The power inherent in positions of leadership must be respected – not by others, as much as by the one holding that role themselves, for to abuse this power for one’s own gain or ends leads us to diminish others.

When God refrains from punishing the breaking of covenant, and instead forgives Israel again and again, God is refraining from wielding God’s power over the people. That forgiveness instead shares God’s power, empowering Israel to turn back to the Way of life.

Herod uses his power to constrain the voice of John the Baptiser who publicly names Herod’s wrongdoing. This speaking out against him will dishonour him, weaken him in the eyes of the people. Power as power over silences critique and dissention.
How many times do psalmists and prophets wail against God, accuse God of uselessness or abandonment, harsh treatment or even injustice? God does not silence such critique or dissention, but listens – for however much it appears to dishonour God, God is more concerned to keep communication open, maintain relationship.
Herod’s domination is guided by fear. God’s empowerment is guided by love.

further, in plenty of stories God turns from God’s wrath, says, OK, I have punished you enough, I will cease. To change position, to say sorry is to relinquish power over, to choose not ‘force’, but peace.

I was reminded this NAIDOC week, of a particular past prime minister’s refusal still to say sorry, or acknowledge that it might be appropriate to do so, to the first nations people of Australia. A sign of the reluctance of many European-descended Australians. So trapped in his own oath to his ancestors – as Herod was trapped in his oath to his daughter – that now as when he led this country, he cannot contemplate acknowledging the shame of their wrongdoing. Not even to liberate himself and the nation he led from that shame, not even to lead us into healing and reconciliation. 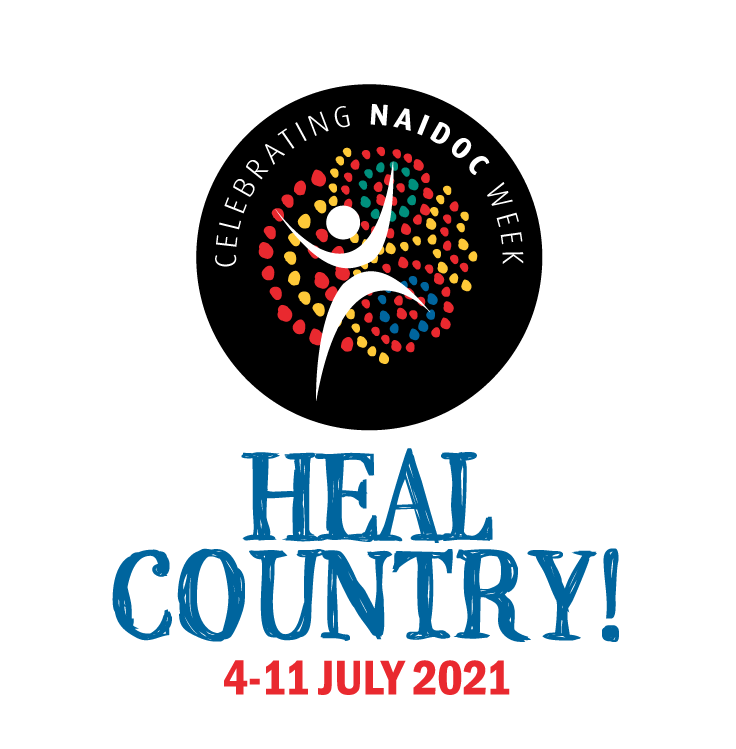 That Herod feels the need to silence him highlights John’s power – capacity – to persuade those who listen to him. John’s prophetic speech also demonstrates the power of truth, to hold responsible, to destabilise, and threaten the force of those who use it against others.
As with prophets before and after him, John’s empowerment in speaking out against injustice enacts God’s imperative for the dignity and worth of all humans. God’s power is courage to those who speak for justice.

There is power in the Story of God itself. Though Herod does not understand John, he likes to listen to him. He is drawn in to the story and wisdom of Love, Peace, Justice. That story might, with time, have persuaded Herod into acceptance, caused change in his behaviour, and consequently destabilised structures of power – status – that he held in place. And that would have changed the power dynamics for others, including Herodias, who found John’s truth-telling threatening to her power and position. She sought to take John’s life, but until now had been thwarted by Herod’s protection of him.
Again, in Herodias we see fear, which seeks to maintain one’s power over others.

Finally, we come to the daughter. She dances for the entertainment of Herod’s guests. I read a claim that this scene is an endearing child delighting the grown ups. But the likelihood of this being a room full of men, drunk men, from whom surely a child’s parents might want to protect her – I believe Herod’s actions disempower her into property on display. So, for ‘guests’, we should probably hear ‘men’, and for ‘girl’, hear ‘child no more than 14’. And I think there are at least hints here of the power wielded by men over women, to objectify them, demean them, disempower them.

To his daughter, Herod cedes his power. Herod opens himself up to shame and ridicule, to his own utter disempowerment, with his drunken, extravagant promise. How often the powerful underestimate those they dominate, and their capacity to turn the tables, to disempower those who would disempower them.

But the child in turn cedes this power to her mother. And it would take a whole other sermon to explore the use of power over her daughter by Herodias. Employing her as a tool in her own revenge?

And you’re right, I’m not going to discuss that head on a platter.

One last note on power in this story, and it may be the most understated and profound: what do John the Baptiser’s followers do?

They take their teacher’s body, and lay it to rest. They meet violence, as Jesus will do, with courageous, peaceful, non-violence. They simply show love to one they knew as kin.

Humans use power as force, power over each other, far too often. God shares power, empowers us to meet force with peace.

We may not be embroiled in literal kingdoms, and thus language such as ‘king of glory’ has lost some potency to illuminate the radical difference of the way of God from human ways.

So we need a new metaphor.

When we are enveloped in a social and news media realm of fear and division, God offers a way of love and reconciliation.

When we are led by leaders silencing critique and dissention, God leads by listening to our complaint.

When we experience diminishment from power wielded over us, God seeks to empower us into wholeness.

So what does that make God, if not ‘the king of glory’? It makes God the Grand – or Glorious – Parent of the kin-dom, the kin: God is the Shining Parent of the family. A parent who seeks fulness of life for all in the family. A parent who invites their children to participate, collaborate, in healing and reconciling. A parent who chooses not to hoard power, but share it, empowering each family member to flourish and grow together. And each member of that family is empowered to meet force with peace. May it be so.