Pain. So much pain. Have I run a marathon? Been hit by a bus? No. I have chronic exhaustion, or my doctor calls it fibromyalgia, and it’s flared up. Again. 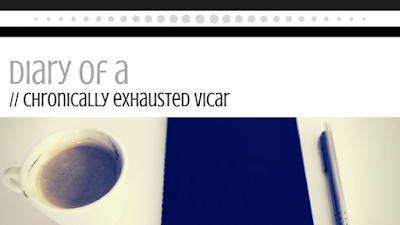 First, I can’t tell you how important it is that when I sit in my GP’s room, slumped, slow, sleepy, she sees all that and names it. You look exhausted. Is the fibromyalgia flaring up again?

Seen. Named. Affirmed. It is not ‘in my head’, some figment of imagination or hypochondria. I have a chronic illness, and it is perfectly legitimate that I feel the way I feel.

Then she did the doctor thing of holding her patient to account. No full day off in weeks? That won’t be helping.

We talked about the importance of those 36 straight hours I get every week, in which I rest and switch off the otherwise constant attention given to my ‘work’, my congregation. And in recent weeks, I have not had that. There has been a funeral to arrange; there has been an important phone-in board meeting; earlier in the month, there was a drive to Sydney to be present for a full board meeting. All important things, some of them only a few hours out of my Monday off, but all interrupting the rhythm of my week, on which my health relies.

And now, I hurt, a lot, in my muscles and sinews and bones. It even hurts sitting here typing my story. My glands feel heavy and swollen and throb with aching. I have a sore throat and a sniffly nose. I have withdrawn from one commitment, and will likely withdraw from another, today. I have finally, almost at the last minute, finished writing the liturgy for tomorrow’s worship gatherings, which I would usually have done by Wednesday, such has been the slowing down of my creative processes this week. I feel a good cry coming on.

Is it all because the rhythm of the week has been interrupted more often than not lately? Probably not entirely.

The womanly rhythms peaked this week, and these days that peak is more intense in its flow that it has been in the past. Apparently this happens to many in their 40s. It may even be the cause of the iron depletion in my system. Lovely GP has suggested a way to switch off the tap for most of the rest of the decade, before the system starts to wind down of its own accord. Hope.

For the depletion of all my energy this week is not down to one cause alone. This is a complex cocktail of that substantial blood-letting, not enough quality rest, and the underlying glandular fever / fibromyalgia chronic illness. Removing one ingredient from that cocktail won’t solve the problem entirely. But it might make it easier to handle.

In the mean time, more rigid boundaries will go up again, around my day off. I will also be more diligent about shifting that day off to later in the week, when Mondays must be interrupted.

And in this, painful moment of consequences unfolding, I shall type up the liturgy for tomorrow, cancel the remaining commitment, and retire to the couch for rest.